How I Started Handspinning

My journey in handspinning began in 1998. For the past five years, the computer had been my primary medium for creating art. Being a trained artist in traditional art tools (painting and drawing) my interest in art began to shift back to a more traditional form of creative expression. After much introspection, I decided to try knitting. I chose this medium because I wanted to learn something I knew very little about (I needed a challenge), it was something I could begin easily with materials I already had, plus it was Y2K compliant. Several years ago, I was heavily involved in weaving and fiber arts so I still had an abundance of yarn left over. I tried learning to knit before, but I had difficulty understanding it, so I was a little uncertain about giving it another try.

I began with hand knitting. I sat for hours until my wrists got tired, trying to figure out the knit and purl stitches. After a few days, things started coming together and I became greatly encouraged to continue. Immediately I set a goal to knit a sweater, which is a pretty ambitious task for a beginner, but I was determined to do it. After working on my new sweater project for two days I realized that at the rate I was going it was going to take me a year to make my first sweater. This was totally unacceptable to me, so I started looking for alternatives to achieve my goal more quickly.

One day I was at the craft store buying more yarn and I noticed they had a product called “The Incredible Sweater Machine.” It was on the top shelf so I had to do a little climbing to get to it. I sat down in the aisle of the store and opened the box to examine the contents. It was a simple manual knitting frame that claimed a sweater could be made in a matter of hours. The samples looked good so I decided to buy it and give it a try. At home I watched the instruction video that came with it, and set it up to start my first knitting project. It was so easy to use. I was able to knit on it what took me 2 days to do on 2 needles in less than 5 minutes! I made a knitted hat in one half-hour. I went ahead and purchased additional videos to learn the basics of sweater making with the machine. They were excellent, and I knitted a child’s sweater in two days and my first adult sweater the next week. Six weeks later I decided to invest in a professional knitting machine (manual). It has greatly increased production plus it is capable of making several design textures and two-color patterns. Now I’m really hooked!

Up to this point I was knitting with inexpensive craft acrylic yarns, but as my skills increased my desire for using better fibers did also. The only problem was that designer yarns, and yarns made of natural fibers such as wool and mohair are very expensive, especially if you are buying them in large quantities for projects like sweaters. So again, I needed to find a solution.

What quickly came to mind was to make my own yarn with fleece and natural fibers. Only problem was where to get the materials. My first choice would be to raise sheep, but that’s not a practical thing to do when you’re living in the city (I was living in New Jersey at the time). So I decided to raise angora rabbits (“urban sheep”) instead. Once again I had no clue where to find them especially in New Jersey – I’ve never seen them in the pet stores. Therefore, I posted a message on the Internet stating I wanted to adopt angora rabbits for wool production. To my surprise I got responses from 10 people in the area who raised angora rabbits for sale. I also didn’t know anything about raising these rabbits so I downloaded all the information I could find from the Internet. Then I chose a lady in upstate NY, and northern New Jersey to buy the rabbits from. They were an enormous help in getting me started. I now own two different breeds of 4 angora rabbits.

Now I have a source for wool, but I still didn’t know how to spin or even have a spinning wheel. Again I got onto the Internet and searched for information about handspinning and spinning wheels. I found a dealer about an hour away so I called to ask if I could see their spinning wheels. During the course of our conversation I found out that they also give spinning classes and there was one opening left for the next class coming up in 5 weeks. I signed up for the class. I was also told that they rent their wheels on a weekly basis, so people could try them out before buying one. The following week I went to rent a wheel (I was anxious to get started and the class didn’t start for another month yet). The store owner showed me the wheels available for rent. I decided to try the Louet wheel first. As I was leaving, she told me not to get discouraged because spinning takes a long time to learn. (I took a weaving class 10 years ago and a portion of the class included wool preparation and spinning. I tried the wheel for about a half-hour and didn’t get it at all, I wasn’t interested at the time. For some reason, I felt I could master it this time around – at least I told the store owner I was planning on sticking with it until I figured it out.)

My first day on the wheel was unsuccessful. I couldn’t keep the flywheel turning with my foot the same time I was suppose to manipulate the fibers with my hands. (Spinning requires a lot of hand, eye, and foot coordination.) I had a few moments of almost getting it, but still not quite. The second day started out pretty much like the first, but an hour later something clicked and I was actually spinning. I couldn’t believe it! I bought a video teaching the basics of spinning wool and followed along with it. By the end of the week I made my first skein of yarn.

The next weekend I went to return the wheel to the store owner and to purchase my own wheel. She asked me how I did and I showed her my first skein of yarn. Her jaw literally dropped to the floor and she said, “I can’t believe you are able to spin like this so soon”, referring to how thin the yarn was. She continued to say, “No one spins like this on their first try”. She then showed me her first skein of yarn, which was lumpy and as thick as a pencil. Somehow I managed to spin a yarn that was thin and consistent. After seeing her first skein I realized that I had indeed done something extraordinary. All I could say was “I must have done this in another lifetime” – there was no other explanation for it. The store owner told me “You should continue spinning because you definitely have a unique talent for it”.

I now spin my own yarn and love it. I use the wool from the rabbits and blend it with other fibers such as wool, alpaca, and silk. I continued to buy all the spinning equipment I could afford, took a couple of classes, and I converted my graphics studio into a spinning studio.

I started the Joy of Handspinning as a way to bring the joy of spinning fiber into yarn to everyone. Spinning is fun, economical, easy to learn, and extremely relaxing. My mission for the Joy of Handspinning is to provide an open forum of learning and sharing, as well as, providing the very best spinning equipment and fibers to get beginners started and to supply the creative needs of advanced spinners, weavers and fiber artists.

My ultimate joy of handspinning comes from the process of taking a natural material that is so peacefully given to us by our fiber-bearing brothers and sisters. The fiber is then manipulated into a product that is useful to humanity, doesn’t involve violence, and is hand made. I hope that you will also find joy in this beautiful craft.

Tulasi Zimmer is an award-winning handspinner and the owner / creator of The Joy of Handspinning. She is a native of Columbus, Ohio and now resides in Helena, Montana. Tulasi holds a Master of Fine Arts degree (M.F.A.) from Miami University of Ohio and a Bachelor of Fine Arts degree (B.F.A.) from The Ohio State University. Her degree specialization is in painting and drawing and Tulasi has won national awards for her oil paintings and has exhibited in New York City -SOHO. She has also worked as an art professor at West Virginia State University teaching painting, drawing, art education, art appreciation, design fundamentals, and stained glass. She continues to teach part-time. Additionally, Tulasi has worked professionally as a graphic artist, web designer, multimedia producer, computer animator, architectural decorator, and publisher. Her experience as a fiber artist includes Navajo tapestry weaving, crocheting, knitting, and handspinning. She gives handspinning classes, online, in her studio, and within the community. 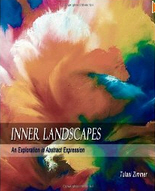 Copyright 1999-2021 The Joy of Handspinning. All rights reserved.